Although game testing is essential to any development project, it should not be taken lightly. This process is also complex and involves multiple stages. Having the right knowledge about these stages can help you get the most out of the process.

In this post, we’ll talk about the various stages of the video game testing process and provide some helpful tips from experienced professionals. We also discuss the advantages of using game-testing company services.

The planning phase is an essential step in the development of a high-quality testing strategy. Testers gather information about the game’s mechanics and flow during this stage. This data is then used to create a strategy that will be tested.

This strategy usually contains all the necessary information about the game testing process, such as the types of stages, tools, and resources that will be used during the development process. This strategy helps prevent wasting time by not having to answer all the questions that could be asked at the beginning.

2. Testing in the Development Stage

A good quality assurance process during the development stage helps prevent critical and fundamental issues from happening in the first place. This eliminates the need for additional work and time spent fixing them later.

After a game is built, it is time to improve its quality. This process involves identifying and fixing any issues that might occur.

The alpha stage of game testing is the most critical phase of the development process. It involves a team of QA engineers working to ensure the game is ready to release.

An engineer at QA is responsible for checking the quality of a game’s components. They perform various tests, such as functional and non-functional.

A game’s load testing and localization tests are used to ensure that the game can work properly under a load of different users at the same time. These tests also ensure that the settings are adjusted automatically based on the location.

The Alpha stage should be run in one-by-one intervals. The first test type that should be done is Smoke testing. This type is focused on surface testing. 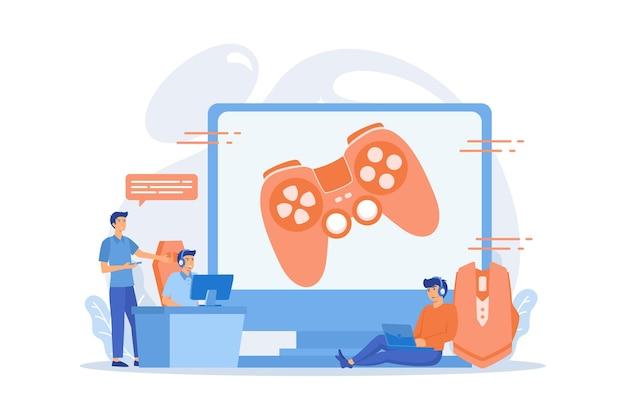 After the Alpha testing phase, a game should be almost ready to release. Unfortunately, it has not been shown to a wider audience and gamers who will actually play it. Through the beta testing stage, players can ask questions and make changes before the game is released.

The process of testing a game with beta is usually divided into two phases: Open Beta and closed beta.

A closed beta is a type of testing involving people who imitate gamers’ behavior. Usually, these individuals are not professional gamers.

However, they can still find minor bugs in the game development process. There are a limited number of players, and QA engineers usually invite them to participate in the testing.

An Open Beta is a pre-release process that allows people to play a game. It usually happens when a new product is being developed and gamers are invited to participate.

Usually, gamers are interested in the game, and they sign up for the test to get access to it and provide their feedback. This process is usually focused on the user experience and the encountered bugs.

After all these steps, you think the testers can move on to other things. However, this isn’t the end of the story.

A lot of feedback from gamers usually accompanies game releases. This feedback can help developers identify areas of their game that need to be fixed or improved.

In order to avoid damaging the entire game, they often update the parts that need to be tested. QA support is also an integral part of any game’s development.

Before you start working on new features, ensure you have all of the previous testing reports available. This will allow you to identify potential issues and improve the quality of your work.

How Technology Can Improve The Security Of Your Rental Property

What Kind of Car Do You Need for Driving around Phoenix?

Leveraging technology as a CEO to drive business growth and efficiency